Having written about the challenges of prayer, Bible reading, meeting together and hospitality as a parent, I’m now going to focus on share something a bit personal to me: how do we find opportunities to ‘minister’ as parents?

A year ago, my friend was praying and had a very clear, if initially bizarre, picture for me. I was in a pear orchard (like, how normal is that? Do they even exist??), and I picked two pears. I ate one, and put the other in my pocket ‘for later’.

It took several weeks for my frazzled little brain to work out the significance of this, but then I got it. The pears were different ‘ministries’ God had put on my heart. One (ministry to mums and young families) was for now; the other (worship leading) was ‘for later’. 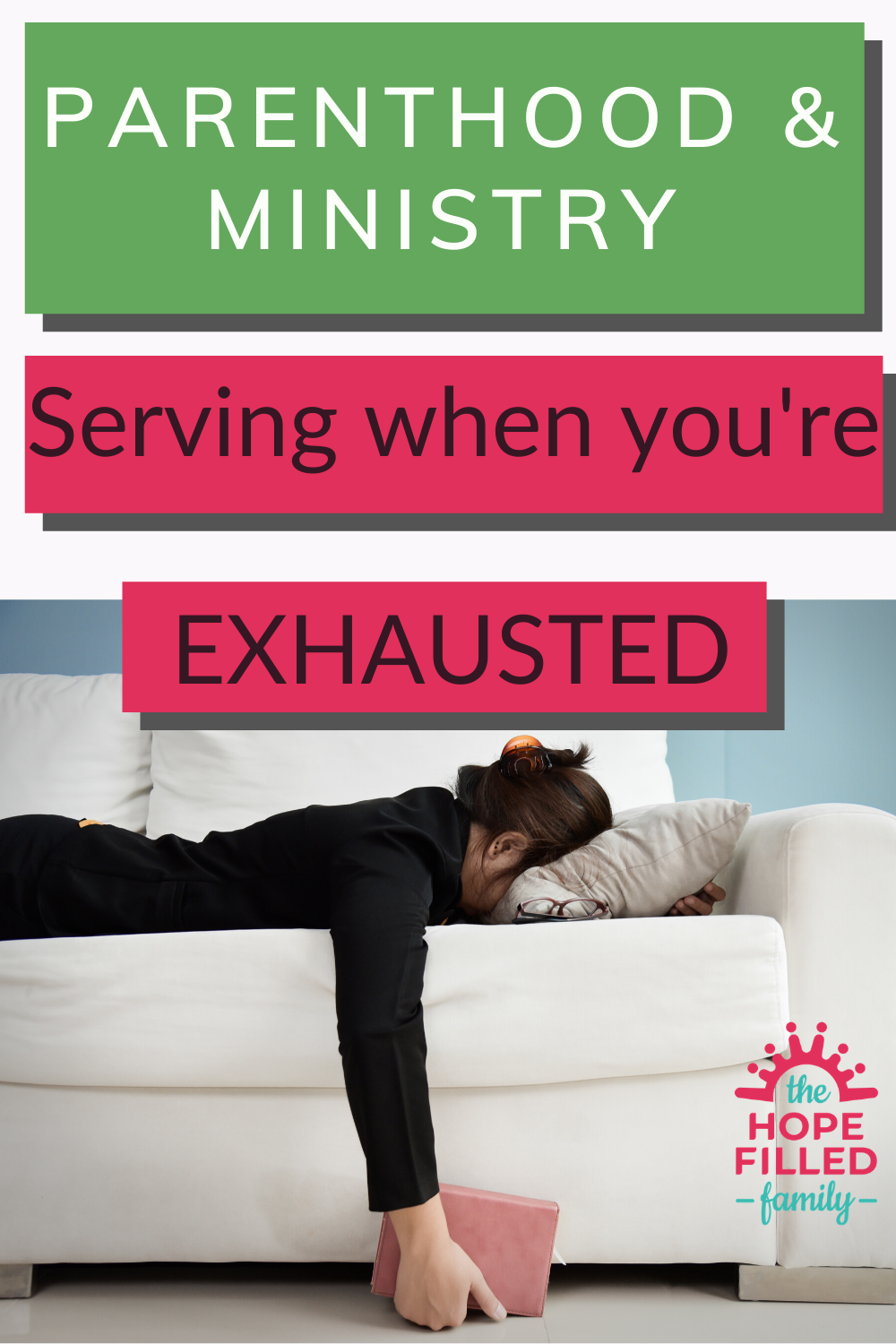 Now I’d been involved in leading worship, one way or another, since I was 11. In some churches I’d had significant responsibility for the development of musical worship.

Of course this had taken a backseat since having children, but I’d had some opportunities to be involved in worship leading between the two kids arriving, and was looking forward to returning to the worship team in the autumn, once Missy was weaned. It appeared, however, that God had other ideas.

In hindsight, it all made sense. What my friend was really praying for, as she was given the picture, was the future of outreach to mums and families in our city.

Little were we to know that, just weeks later, God would begin to lay the foundations of a brand-new toddler group – and call me to be heavily involved. At the time I was peaceful, if slightly perplexed, by the picture. Now, I’m massively grateful that God was calling me to slow down: there’s no way I could have continued with both ‘pears’ the way things turned out.

Can we still be of service?

Sometimes parenthood can leave us feeling out-of-the-loop, ministry-wise. We long to use our God-given resources to serve the church, and it’s not like we feel un-talented anymore, it’s just that parenting kind of eats at those resources until we feel we have nothing left for others.

When I’m in and out of the cell group I apparently lead, because my boy won’t settle in creche without me, how can I possibly facilitate a Bible study or develop deep relationships with other members?

When I’m nervously glancing at the clock, wondering how much more milk my baby can possibly extract from me, because we need to get out of bed and rush into town to set up toddler group, how can I then bear to show my face in front of a large group of mums and their kids, knowing that I’ve impatiently rushed my own daughter through her morning feed?

Ministering to others outside my own family has, in the past, felt like a massive juggling act, where I end up dropping all the balls, and prioritising the additional ones rather than the basic three I’ve been given to handle. It has left me feeling guilty for putting my family second, then jubilant for finding ways to involve my kids in service to others – and then just flippin’ drained.

But God is teaching me the beauty of these well-worn verses in 2 Corinthians:

But he said to me, ‘My grace is sufficient for you, for my power is made perfect in weakness.’ Therefore I will boast all the more gladly about my weaknesses, so that Christ’s power may rest on me.

When we insist on struggling forward in our own strength – which, let’s face it, is hardly at its peak during early parenthood – it’s like we’ve forgotten to call on the power of the risen Christ to act in all situations.

But when we take a break from using our gifts because we’re just too exhausted – well, perhaps we’ve forgotten that we can call on the power of the risen Christ to act in all situations.

So why tell you about the pears? Because this was God’s confirmation to me that He still has stuff for me to do: that I’m not defunct just because I have two tiny people to care for. They are my main ministry, but they have also opened up other opportunities which God has called me into.

Now, a year on from any sort of worship leading, I find myself preparing to lead a slot this week at a 100-hour prayer and worship event. The following week I’ll be giving two separate talks on two separate challenging subjects to two separate groups of students. Do I feel equipped for any of this?

Paul had his weaknesses, and I do too. Mine are a lack of sleep, time, coherent thought, completed conversations: need I go on? But, like Paul, I’ll ‘boast all the more gladly’ because, however much of an idiot I look, if God’s power and glory are displayed through this frail, shattered, incoherent mess of a person, then that’s good enough for me.

Looking for more God-connection in this busy, often-overwhelming season of parenthood? Why not check out The God-Connected Parent course? It starts May 10th!

ORDINARY MUM, EXTRAORDINARY MISSION - REVIEW
WHAT DOES THE BIBLE SAY ABOUT THERAPEUTIC PARENTING?
WHY CAN'T WE DO HALLOWEEN LIKE OUR AMERICAN FRIENDS?
4 THINGS WE CAN LEARN ABOUT MARRIAGE FROM THE CROWN
PARENTS: DON'T ADD GUILT TO THE BURDENS YOU'RE ALREADY CARRYING
#SHETOO - CAN I PROTECT MY DAUGHTER FROM BEING A VICTIM?
20 CARE PACKAGE IDEAS FOR A KID WITH A BROKEN ARM
FATHERS' DAY
Tweet
Share
Share
Pin